21 years ago, I received a “smart” watch for Christmas: the Casio CMD-40. A bulky watch with fiddly buttons that could control your audio and video equipment from your wrist. I often dreamt of messing with the TVs at school to confuse the hell out of my teachers and be a playground hero. I never had the balls to do it obviously.

Nowadays, I rely on a universal remote to control the stupid amount of devices under the TV. Up until a few months ago, I had the trusty Harmony One. Then one morning I found the remote on the floor with a smashed screen, rendering it useless. 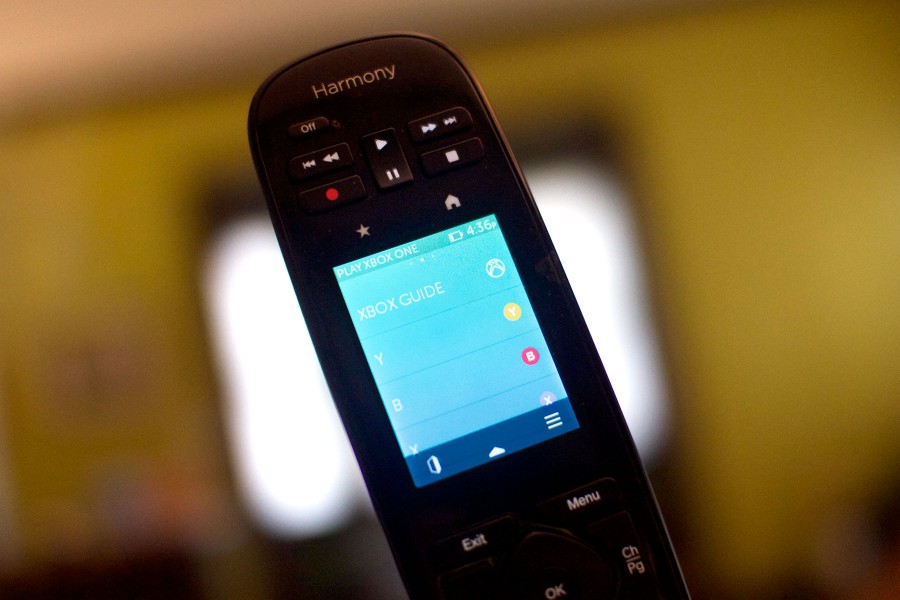 I sought out an alternative after I discovered Logitech discontinued the One and settled on the Harmony Ultimate Home. I was able to trade in my One for a $100 discount which was great because the Ultimate Home costs a crazy $350 (although you can find it on sale for $300 right now). Even with the savings, that’s still an insane amount of money but I figured was worth it for what it offers.

Who needs remote control?
The Ultimate Home allows you to control your entertainment devices and also control your home with integration through products like SmartThings, Philips Hue and Nest. As an owner of all of the above, this felt like a good fit for me.

First things first. You’re going to need to set up the Harmony hub. The hub converts RF to IR so you don’t need to point the remote at the TV to execute commands. This also means you can hide it and other devices out of sight.

Set aside an afternoon to evening to set this thing up. When I finally got everything up and running, I lamented the loss of my Saturday. It really took that long. In part, it was because of the number of devices I wanted to add but also, this thing is not intuitive. Be prepared for extreme frustration.

Don’t worry though! That frustration will continue as an owner of the Ultimate Home.

The first thing you’ll notice how cheap it feels. It has no heft to it and immediately makes you question the price tag. The base is rounded like a Weeble. Unlike a Weeble though, it’ll wobble and sometimes fall down. Although, I’ve found it to be pretty durable in a house with two cats that like to knock everything off the coffee table.

If you’re used to the retina display of your phone or tablet, lower your expectations. I have old Blackberry from 2007 sitting around that looks better. The high resolution photos on the box very much do not represent what you’re actually going to get. You can customize it with your own photo via a very cumbersome process but every photo I tried clashed with the button labels. I ended up picking a flat grey as this helps the buttons stand out.

It won’t take you long to realize how grossly underpowered the Ultimate Home is. In its defense, it is trying to do a lot of things at the same time but when I tap the device menu, the remote is unresponsive until SmartThings, Hue and Nest load up.

The button layout is also slightly confusing. The touch screen resides in the middle and unlike it’s little brother, the Harmony Home, there are no number keys. Additionally, on the touch screen-less sibling the transport buttons (play, pause etc.) are placed in the middle allowing easy thumb access. With the Ultimate Home, it’s hard to get at those buttons without moving the position of your hand.

So why go for the Ultimate versus the $150 Home? The Ultimate controls 15 devices while the Home controls 8. 8 is probably more than sufficient but it doesn’t allow as much control over home automation devices. As I add more home automation to my house, I figured the upgrade would be worth it over time.

Home Is Where The App Is
The Nest integration is pretty sweet. When it finally loads, you can easily change temperature or set Nest to away.

SmartThings integration is a bit more complicated. Every time you add a new “thing” to your setup, you’ll need to add it manually through the Harmony app. Although, it’s rare that I want to turn off a single switch on the remote. The best advice I can give is to create virtual switches on the SmartThings side to control Hello, Home or mode changes. 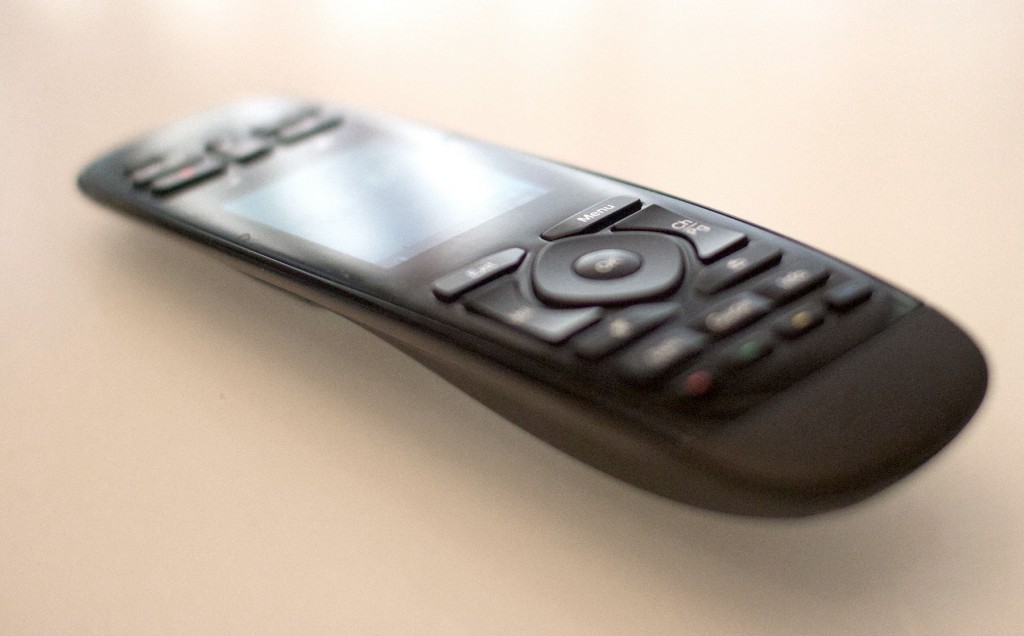 The Hubbub
Another option is to purchase just the Hub for $100. The older Harmony remotes execute a string of commands one at a time so if you hit “Watch TV” triggering the TV, receiver and cable and you put the remote down or point it away from your devices, the action won’t complete. The hub mitigates that since it communicates via RF.

If you have just the hub, you’ll need to use the Harmony app in place of the remote. Most people in your household probably have access to a smartphone or tablet. But picking up a smart device, unlocking it and navigating to the app every time you want to change the channel away from “Two and a Half Men” — like the jokes — gets old fast.

The app does look good though. It matches the crisp vector graphics you see on the promotional material for the Ultimate, however, it is a major battery suck. I used it on and off when I was setting the remote up and my battery dropped 20% despite limited activity.

Logitech had the “ultimate” chance to release the best home entertainment and internet of things remote but it’s an expensive investment and could use way more horsepower.

Maybe I should trade it in for a trusty CMD-40?